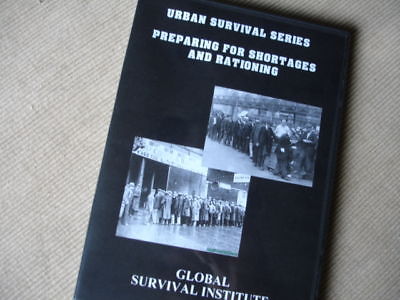 Preparing For Shortages And Rationing

During World Wars I and II: bacon, butter, and sugar were restricted by ration cards as early as 1940, and soon after shoppers had limits imposed on eat, tea, cooking fat, jam, cheese, eggs and milk. Meat was rationed to one pound per person per week, the cheese ration varied from eight ounces per week to just one ounce, and at one point stores could only sell you one egg per person every two weeks.

It didn’t matter if you had money to buy more, your ration cards made it illegal. Many items were overly rationed just so people would feel the effect of war. The inevitable black market thrived and by some estimates as many as one in four transactions were illegal despite charging higher prices. People in the countryside who grew their own food were much better off.

SO - HERE ARE YOUR CHOICES - You can prepare or you  can plan to stand in line for hours with your ration card should our country find itself in a similar circumstance and the odd are not in our favor.

This video describes in great detail the many options you have regarding food storage and sources. A little bit of planning could spare you a great amount of hardship. ​